The Importance of Dressing for God, Not the Culture 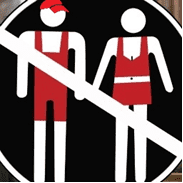 Jose Guadalupe Martin Rabago, the archbishop of Leon, Mexico, has called on Catholics to dress respectfully when attending Mass. He made the request while speaking to reporters this summer after he was asked why posters were placed at the entrances of Leon parishes requesting that women not enter wearing miniskirts, sleeveless shirts or low-cut blouses. The archbishop said, “If you have any respect for [a church], dress appropriately. This is not a misogynist attitude of any sort. I am simply asking for the dignity and decorum that this place calls for, that is all.” He added that men, too, need to be respectful in their choice of dress before entering a house of worship.

Bishops in other parts of the world have stressed the need for appropriate dress in church as well. In 2007, the Archdiocese of Manila, Philippines, issued a dress code for Mass, which included posters for parishes indicating appropriate dress. Davao, Philippines, Archbishop Fernando Capalla has made a point of reminding his parishioners of the code, stating, “Everyone should be able to dress up simply and decently… Beach wear and working-out outfits are not for solemn and sacred celebrations like the Mass.”

More than just making a request, the Vatican has insisted that tourists visiting St. Peter’s Basilica in Rome adhere to a strict dress code. Pictorial signs explaining the dress code are on display at entrances; men and women in shorts or with bare shoulders (e.g. wearing tank tops) are routinely turned away by the Swiss Guards.

…The Catechism of the Catholic Church offers several paragraphs on the topic of modesty (2521-2524), saying in part: “Modesty is decency. It inspires one’s choice of clothing. … Modesty inspires a way of life that makes it possible to resist the allurements of fashion and the pressures of prevailing ideologies.”

Many of the popes have spoken out about the importance of modesty, including (Saint) Pope John Paul II in his book Love and Responsibility: “Man, alas, is not such a perfect being that the sight of the body of another person … can arouse in him merely a disinterested liking which develops into an innocent affection.”

Chastity/modesty speaker and Catholic Answers’ apologist Leah Darrow, once a successful model and contestant on America’s Next Top Model, added, “Although the Church has no dogmatic teaching on modest dress, it exhorts us to use common sense. If we are invited to a gala event, we don’t dress like we were invited to a beach party. Christ himself has invited us to partake in the sacred banquet of the Eucharist. Should not our attire and our reverent actions reflect where we are and who we are in the presence of? Reflect upon the Crucifixion; the invitation has been sent. Let us respond promptly and appropriately.”

… Father Anthony Stubeda, pastor of Holy Family Church in Silver Lake, Minn., requests church modesty from his 738-member parish via a parish bulletin insert entitled “Modest and Appropriate Dress for Mass and Other Church-Related Activities.” Among other things, it declares that “dressing up for Mass is not out-of-date” and asks parents to monitor the dress of their children. It concludes, “Blame Adam and Eve! Ever since their fall, nakedness has been a spiritual issue. We are not living in paradise, where sin and temptation do not exist and nothing can harm us and others; we are living in a world where temptations and sin are a reality.”

Recognizing it can be a sensitive subject, Father Stubeda likes to use humor when addressing the issue. He said, “When the issue arises, I tell our parishioners, ‘We like seeing you in church — just not so much of you.’”

But the impetus for requesting modest dress often does not come from him, he noted, but from the parishioners themselves, particularly parents. He said, “They get concerned that people wear clothes to church that are too informal and too revealing. They ask me to say something, and I do.”  … “Our society has changed in regards to its attitudes on dressing up. That said, it’s not going to hurt anyone to wear a pair of long pants for the time it takes to go to Mass. I tell people, ‘We want you here; we just want you to be respectful and dress appropriately.’”

For Msgr. Christopher Nalty, pastor of Good Shepherd Parish in New Orleans, dressing appropriately for church is one in a list of 14 rules of “Good Church Etiquette” he distributes annually to parishioners. The list also asks that parishioners arrive on time and stay for the entire Mass (as he likes to say, “Only one person left the Last Supper early”), genuflect towards the Blessed Sacrament, join in the singing, listen to the reading, prepare properly for holy Communion, and avoid “chit-chat which distracts others who are connecting with God through prayer before Mass.”